The Edmonton International Airport (YEG) has long been a key transportation and logistics hub in North America because the city’s northern location gives it a strategic advantage when it comes to connecting businesses with international markets. Now, with a major new investment having been announced for the airport, it’s on the cusp of becoming a global leader that will help businesses better manage their supply-chain challenges.

In July 2022, the Canadian government announced $100 million CAD in funding towards a 2,000-acre expansion of the airport’s cargo-handling capacity. Combined with investments from the provincial government and the private sector, the total expansion is expected to cost $300 million. It will include new apron space, taxi-ways and warehouses on previously undeveloped land and accelerate plans to position the Edmonton Metropolitan Region as a key multi-modal global logistics hub and vital trade corridor for Canada. This investment is welcome at a time when companies everywhere are looking to strengthen their supply chains.

“This is in the context of a broader vision of creating a world-class inland port under Port Alberta,” says Malcolm Bruce, CEO of Edmonton Global, an investment and business development agency representing 14 municipalities in the Edmonton metro region. “That really ties in together with the air capacity at the airport, the railroad and connectedness to Prince Rupert and Vancouver,” both of which are major ocean ports in the neighbouring province of British Columbia, offering gateways to the Pacific Ocean, and major markets in Asia. “The inland port becomes a central logistics hub for consolidation of goods and services arriving into Canada and onward movement onto other destinations.” 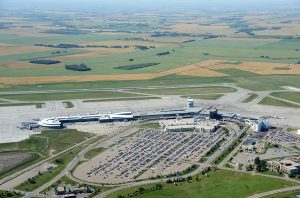 Since 2020, the cargo tonnage handled at the airport has increased 12.8 per cent over the pre-pandemic baseline. Those numbers are particularly striking because the number of passenger flights and associated belly-cargo capacity has been down from pre-pandemic levels.

When it comes to the global supply chain, Alberta sits at an important geographic juncture — it is located on the northern routes air carriers use, but is close enough to the American midwest to serve major transfer cities, like Chicago. It also provides a shortcut between overseas markets and markets to the south. For example, Bruce says, the flight time from Shanghai to Vancouver is just about the same as that from Shanghai to Edmonton, but if the plane lands in Edmonton, it’s 1,400 kilometres closer to major markets in the mid-western United States and places further east and south. So cargo moving into the interior of the continent can get a head start in Edmonton, and the airport’s increased cargo capacity will only improve the movement along trade routes and further strengthen those supply chains. 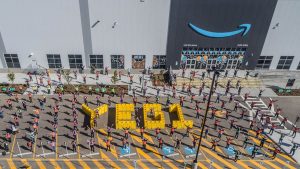 Airport officials are committed to investing in their airport and contributing to the region’s economic growth by increasing air capacity, access to global markets and trade opportunities. “By expanding the operational capacity of the airport by adding more space for cargo handling operations and new transportation infra-structure, we are creating good jobs, strengthening our economy and maintaining a competitive and resilient supply chain,” says Myron Keehn, YEG’s CEO.