Alberta is known for many things – beautiful scenery, talented workforce, diverse economy, abundant resources, long summer days – and a concerted effort is underway in the province to add hemp to that list. If successful, abundance and long days will have a lot to do with it.

Over the past 20 years, farmers and producers in Alberta have been quietly building the province’s hemp industry from this highly versatile plant, particularly in the unique climate of northern Alberta. More hours of sunshine, acres of  fertile soils and cooler nights offer a prime environment to grow tall, healthy hemp.

“Plants range from 12 to 15 feet in height,” says Troy Grainger, manager of the Grizzly Regional Economic Alliance Society (GROWTH Alberta), which is a regional economic development alliance of 10 municipalities in north central Alberta. “A tangible portion of Canada’s industry is in Alberta.”

Taller plants result in a 20 to 30 percent increase in fibre output, optimal fibre quality and seeds with a higher concentration of heart-healthy omegas. In an effort to help spread that message, GROWTH Alberta teamed up with the other Regional Economic Development Alliances of northern Alberta to form the Hemp Alberta Northern Advantage (HANA).

“This area represents the northern-most viable agricultural land in the world, and there’s lots of it,” says Dan Dibbelt, executive director of the Peace Region Economic Development Alliance (PREDA) and the Regional Economic Development Initiative of Northern Alberta (REDI) – both HANA members.

In 2017, there were 138,000 acres of hemp planted in Canada and 44,700 of it was in Alberta. The province also holds the highest number of licenses for cultivating industrial hemp of all provinces in Canada, and industry experts agree that this is likely just the starting point.

“Over the next 10 years, we’re going to see an upward growth curve for the hemp industry in this province,” says Diane Chiasson, former lead of HANA and currently working on rural development and entrepreneurship at Conseil de développement économique de l’Alberta (CODA), an organization focused on Francophone economic development in Alberta.

Since the introduction of the Cannabis Act in 2018, even more exciting and profitable opportunities have emerged, as farmers and producers are able to utilize the entire plant – beyond the seed and fibre. So much so that the Canadian Hemp Trade Alliance projects that by 2023, hemp will be a $1 billion industry and estimates suggest that for every 10,000 acres of hemp, 150 direct jobs and $70 million would be added to the value chain.

Hemp’s versatility and multiple uses are part of the reason the crop is getting global attention. The seeds can be produced for human or animal consumption, the flower buds and leaves can be manufactured into medicinal cannabidiol (CBD), and the stalks can be processed for fibre production. The harvesting process creates virtually no waste, requires little energy, uses a crop rotation that increases soil health and one that also sequesters carbon. The resulting end-product includes everything from quality textiles, strong bioplastics and sturdy building materials to healthy oils, hemp hearts and hemp milk.

“From a social, economic and environmental standpoint, this is the crop of the future,” says Bob Bezpalko, executive director of the Northeast Alberta Information HUB (Alberta HUB), a regional economic alliance of 38 communities and a HANA member.

The Alberta HUB region is also home to North America’s largest research and development decorticator facility – the Innotech Alberta Vegreville site, which is a division of Alberta Innovates. Decorticators are the machines that process bales of hemp and flax stock into plant fibres. The Vegreville facility was built in 2011 with funding from the provincial government as a pilot project, and this 13,000-square-foot facility works closely with partners to move  the industry forward and optimize cultivation practices.

“The reason Alberta is ahead of the curve on hemp is largely due to the Alberta government’s investment by our taxpayers,” says Dan Madlung, president at BioComposites Group. Located in Drayton Valley, a town of about 7,000 people that’s situated approximately 130 kilometres southwest of Edmonton, BioComposites Group began manufacturing several products using hemp fibre in 2017. One line of products, automotive door panels, is being tested in high-end cars including BMW, Audi and Mercedes Benz. The company also develops substrates like microgreens, hydroponics and erosion control.

While there are several opportunities for investment to help the supply chain reach its full potential, the seeds have been planted for a healthy and robust industry. With acres of prime land, experienced farmers and groups like HANA, Alberta is signaling to the world that it’s ready for expansion and already leading this incredible crop into the future. 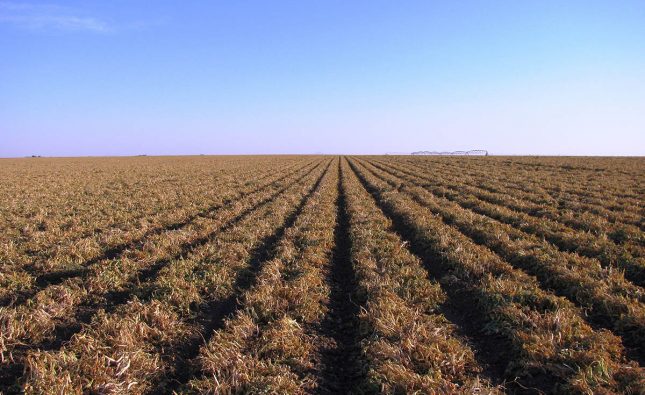