Do unicorns exist in Calgary? In the sense of a privately held startup company with a value of over $1 billion, they sure do.

“What we’re seeing is that tech companies can grow to a unicorn level without having to leave Calgary, and that’s because they are finding great talent, customers, industry and capital connections right here,” says Bilal Rasool, Director of Growth at Platform Calgary, a non-profit, member-based organization which brings together the resources of Calgary’s tech ecosystem to help startups launch and grow.

Alberta attracted $466 million worth of tech investment in the first quarter of 2022, $433 million of which was in Calgary

The success is in part owed to the concentration of large, resource-based companies in the city, which has led to a mature financial services sector, high-deal velocity, large deal size and significant foreign investments. These have been catalysts in the growth of fintech firms in the city.

“Calgary’s tech ecosystem has grown in leaps and bounds, and it’s really a step change from where we were five years ago,” says Rasool. “Calgary’s strength is in a very connected and collaborative ecosystem, which is focused on helping startups grow at a rapid pace.”

Alberta attracted $466 million worth of tech investment in the first quarter of 2022, $433 million of which was in Calgary, according to the Canadian Venture Capital and Private Equity Association. 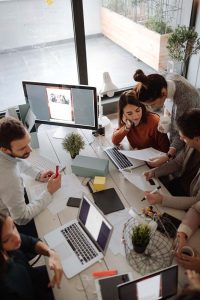 The City of Calgary’s Opportunity Calgary Investment Fund (OCIF) supports projects that stimulate growth in targeted sectors of Calgary’s economy, including fintech, attracting business owners to the city. But there’s much more to it than that. In Calgary, it’s all about the lifestyle, says Rasool. The Economist ranked Calgary as the third most liveable city in the world in 2022 (and No. 1 in Canada). The city’s relatively low cost of living and the proximity to the mountains are attractive to young entrepreneurs and employees alike.

Success stories include Helcim, which offers online payment services for small businesses across Canada and the United States. Founder Nic Beique says the company received $16 million in venture capital funding in March of 2022. “We’ve already doubled our business since then,” says Beique. “We have aspirations to build a pretty big company. We’d love to go public one day and we want to be one of the pillars of Calgary tech.” They also include Solium Capital, which provides technology and services to support stock-based incentive plans. Its 3,000 corporate clients employ one million workers. It was bought by Morgan Stanley for more than USD $1 billion and rebranded as Shareworks.

It’s not just local startups gaining traction: Companies from around the world are seeing value in Calgary’s tech sector. In October of 2022, Ireland-based fintech company Global Shares opened its largest North American office in Calgary as part of its North American expansion. Global Shares produces and maintains an employee equity management platform, managing $200 billion worth of assets. “There is a palpable sense of excitement in the city of Calgary, which offers the energy of a large metropolitan city, a warm and welcoming spirit, as well as a thriving technology and innovation sector,” said Stephen Tabb, HR Director with Global Shares. He cited the city’s entrepreneurial spirit and its diverse, skilled, friendly workforce as reasons for the company’s decision.

All the activity is encouraging the next generation of fintech entrepreneurs in the city. One is Al-Karim Khimji, who co-founded Propra in 2021. The company is focused on automating residential property management with a focus on the landlord and resident relationship.

It launched its accounting-centric in the spring of 2022, and is now in six provinces and has since surpassed $200,000 in annual recurring revenues.

“The success stories are helping raise awareness of the city as not only a startup hub, but a fintech hub, the right ecosystem for startup growth,” says Khimji. 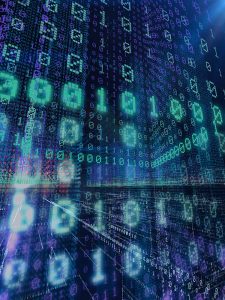