It’s all about investment. And not just about making money available to seed businesses or major projects, it’s about investing in the people of this province, and the know-how they bring to the table.

Alberta is a pro-business environment, committed to less red tape, with the lowest corporate tax rate in Canada. And it’s safe. Alberta is home to six major Canadian banks that are ranked among the 10 safest in North America. Alberta boasts a can-do attitude and a young, highly educated population.

As the economy diversifies, so do the portfolios of our financial-service providers. Alberta’s financial institutions have major roles to play in helping both large and small businesses build (or rebuild) as we recover from the pandemic. New, innovative programs have been created to help a variety of different people — from loans aimed specifically at Indigenous entrepreneurs, to plans that will help this province’s farmers.

Alberta is forecasted to invest more than $1 billion in the financial sector by 2022 to continue its growth that has outpaced this sector’s GDP in all other provinces since 2008.

30.1 PER CENT, 36.1 PER CENT
Affordability metrics: Average share of income a household needs to cover ownership costs in Edmonton and Calgary, respectively, which are the lowest of Canada’s five largest cities.

8 PER CENT
Alberta’s corporate tax rate, which is the lowest in Canada. Alberta also has no payroll taxes, sales taxes or capital taxes.

Sources: Government of Alberta, Alberta Treasury Board and Finance

Water is a key natural resource and a critical input for the agricultural industry. The Canadian Infrastructure Bank is contributing $466 million to improve more than 56,000 acres of southern Alberta farmland.

The Alberta Irrigation project will see the design, construction and maintenance of pipelines that will bring regular water supplies to farmers in the region, protecting them from the risk of droughts.

A second phase of the plan will include the construction of new reservoirs that will help irrigate almost 144,000 new acres.

As stated by the CIB, “Modernizing irrigation infrastructure can increase primary crop production, water storage capacity and security while helping to mitigate the impacts of climate change. The project will also support long-term food processing businesses.”

No. 1 in Energy Financing

Alberta’s energy industry, centred on oil and gas, boasts a high concentration of businesses that need large amounts of investment. Combined with how fast transactions happen and the record high revenues involved, that makes Alberta a leader in the way money moves.

Beyond the petroleum sector, Alberta is Canada’s centre of interest for renewable-energy developers, particularly wind and solar, due to its resource quality, competitive value and deregulated market, where independent energy retailers and customers are more directly connected.

As a result, Alberta’s financial services industry is expert in servicing the financial needs of the energy sector.

When it comes to the way money moves through the energy sector, Alberta is at the forefront.

In It to Win It

We’ve become used to seeing business-people making their pitches to angel investors on reality television. Whether it’s Dragons’ Den in Canada or Shark Tank in the United States, the idea of entrepreneurs putting their business plans in front of big audiences is… fun.

The central Alberta town of Sylvan Lake has embraced this idea. In 2021, the town of almost 15,000 — which swells with summer tourists — held its first Win This Space contest in conjunction with Community Futures Central Alberta. Entrepreneurs were invited to make their pitches, and the winner received $15,000 to go toward a year of rent for retail space downtown. The winner also received broadcast coverage of the store’s grand opening, social media assistance, a photography package and services to build a website.

The plan is to stage the contest once every two years.

Chef Lydia Neergaard won the first prize. Her plan is to build “Party Like a Chef,” a company which will have a fresh market and offer meal kits and a cooking show-style in-home event experience.

By the Numbers Tourism & Hospitality Xperience

Tourism and Hospitality: At A Glance

By the Numbers Creative Industries & Culture 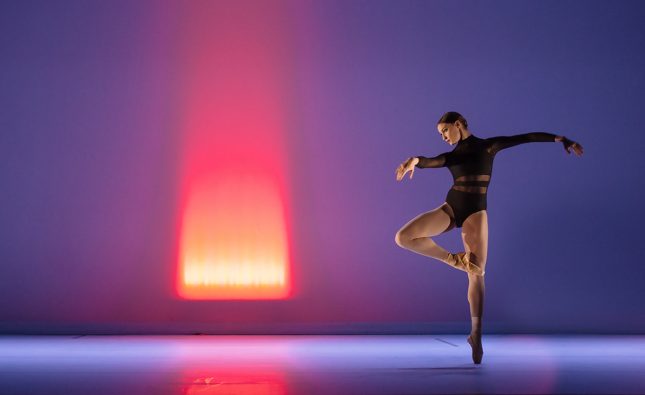 Creative Industries & Culture: At A Glance