Brent Rheaume was inspired by the power of entrepreneurship at a young age. Growing up in St. Brieux, a small town located in Alberta’s neighbouring province of Saskatchewan, he watched as a local family of agriculture innovators started a business that grew to have a multinational footprint and become the town’s largest employer.

“That is what drives me… be innovative, make it work and put people to work,” says Rheaume, an engineer by trade and CEO of Radix Innovation Corp.

Rheaume founded Radix Innovation in Grande Prairie, an Alberta city of more than 60,000 people that sits in the midst of a major oil and gas hub about 450 kilometres northwest of Edmonton. Radix Innovation works with oil and gas companies to engineer solutions, and then the company commercializes the products. Radix Innovation found success with Sandtinel Sand Separators, which was patented in 2011, and more recently developed software to detect pipeline leaks with Pipewise Technology.

Rheaume notes that his entrepreneurial success can be attributed to more than just a childhood inspiration and innovative products – help from the Grande Prairie Regional Innovation Network (GPRIN) played a big part.

“Bob [Hall] became a bit of a mentor to me,” says Rheaume, adding that the help he received from GPRIN with networking, financial support and business planning was invaluable. “The RIN and the fact that Bob sits in Grande Prairie is huge. You can’t beat that regular face-to-face interaction.”

“Innovation and entrepreneurship has and continues to create a lot of wealth in northwest Alberta.” – Bob Hall, technology development advisor with Grande Prairie Regional Innovation Network

Bob Hall is a technology development advisor with GPRIN. The innovation network is one of eight Regional Innovation Networks (RINs) across the province, which are supported by Alberta Innovates – a provincially funded corporation designed to support research and technology development in the core sectors of health, environment, energy, food and fibre, and platforms such as artificial intelligence and nanotechnology.

Alberta’s RINs are collaborations of local organizations, such as chambers of commerce, post-secondary institutes and economic development offices, that help entrepreneurs along the road to success. Each RIN has created their own recipe to support innovation and entrepreneurship, which partly comes from the innovators in each region who work with budding entrepreneurs on their unique ideas.

Rheaume is one of those innovators within the GPRIN who works with new entrepreneurs tapping into the network, as a way to support his ethos of “be innovative, make it work and put people to work.”

“Innovation and entrepreneurship has and  continues to create a lot of wealth in northwest Alberta,” says Hall.

Using innovation and entrepreneurship to create wealth is a rich tradition right across Alberta. The RINs provide resources, knowledge and connections in an effort to continue that tradition and move innovators from idea to marketplace. It’s an important piece of the economic development puzzle.

In the stretch of Alberta between Calgary and Edmonton, the 16 members of the Central Alberta Regional Innovation Network (CARIN) are the RIN helping to put that puzzle together. CARIN’s greatest success is its ability to collaborate and advise for the benefit of the clients in its region.

“Within CARIN, we try to make sure everyone knows what each [member] offers,” says Karla Petersen, who focuses on entrepreneurship and innovation at the Olds College Centre of Innovation (OCCI) and is co-chair of CARIN. “We say every door is the right door.”

This collaborative attitude is born out of a  passion to see practical solutions for industry problems – the cornerstone of innovation, according to Petersen.

CARIN has some success stories, including one involving the OCCI. Ruth Elvestad, a research technician at OCCI, is involved in a program in which the post-secondary institute is working to solve a real-world problem with High Plains Industrial Park in Balzac (a small community a few kilometres north of Calgary’s city  limits) and the Alberta Real Estate Foundation.  The OCCI is developing an environmentally safe, sustainable way to remediate water.

The project, based in an OCCI greenhouse and in the industrial park, is investigating how effective cold climate floating islands (mesh-lined, floating “mini wetlands” filled with pond bottom soil and planted with native wetland perennials), can be used in filtering nutrients and contaminants from water. The success of the program has sparked interest from others in the region, including agricultural feedlots, golf courses, towns and municipalities, and the oil and gas industry.

“It’s a beautiful example of how innovation  is based on solving everyday problems in a cost-effective way,” says Elvestad. “For every problem, there is a partner that needs the problem solved.”

And for every Albertan entrepreneur, there’s a Regional Innovation Network ready to help. 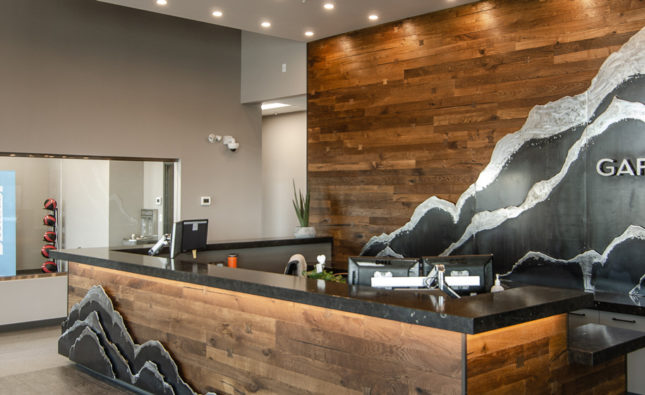