In the future, a drone could drop a pizza delivery order on your doorstep or a small package ordered online could be delivered by a drone minutes later. Major global corporations, such as Amazon and Domino’s Pizza, are investing research and development dollars to turn this future into a reality.

Drones could very well be the future of home delivery for a variety of items, but there’s a bit of work left to do to advance the industry – and much of that work is being done near a small Alberta village at the Foremost UAS Test Range.

Currently in Canada, the federal government requires all drone – or unmanned aircraft system (UAS) – operators to be able to see their aircraft. This is known as line of sight. The Foremost UAS Test Range is one of only two locations in the country (the other is in Alma, Quebec) being used by Transport Canada to test UAS flying beyond visual line of sight.

“Beyond line of sight is the holy grail,” says  Jordan Cicoria, vice-president of operations for Aerium Analytics. “UAS is a technology that is being integrated in every field. Amazons of the world want to deliver with UAS; in an urban environment, that’s beyond line of sight.”

Located more than 300 kilometres southeast of Calgary, the Village of Foremost looked at its underutilized airport and small population spread thinly throughout the region as an opportunity.

“This test range is a business development initiative of the Village of Foremost,” says Doug Hanna, general manager of the Foremost UAS Test Range. “There was a recognition that there was a lot of drone activity in the province. We needed a place to do testing and research.”

The Foremost UAS Test Range is a long-time project that has come to fruition. In 2012, the village submitted a proposal with Nav Canada and Transport Canada to host the site. The proposal was approved in 2014 and by 2016 it received full authorization to operate.

“Drones are an enabling technology that will touch almost every sector of the economy,” says Hanna. “They will make their way into oil and gas inspections, plant inspections, monitoring forest fire activity, hotspot identification, calculating lumber volumetrics; the uses in agriculture are limitless.”

There is a two-fold advantage for using a UAS, according to Aerium’s Cicoria. First, they save lives. Surveying work currently done by piloted helicopters and aircrafts can happen in dangerous areas, such as around electrical transmission lines. These operations could be replaced by a UAS and, in the case of a collision, the human operator would be well clear of the site and safe. Second, a UAS allows people to capture more data, more quickly and more economically. Especially in industries such as energy, which has thousands of kilometres of pipelines and transmission lines, often in remote areas.

Aerium uses drones to provide a variety of services for companies in a range of industries. Currently, the Calgary-based company’s main focuses are applications in the oil and gas sector and working with airports. Both are complex environments that pose unique hazards. At airports, it’s operating alongside incoming and outgoing aircrafts, and behind trees and buildings. For oil and gas, it’s operating at long distances, and around large equipment and plant facilities.

Aerium’s quest for beyond visual line of sight certification has led it to the Foremost UAS Test Range. In addition to proving beyond line of sight capabilities to Transport Canada, there’s another reason a company would use the Foremost UAS Test Range. It’s also a proving ground for equipment manufacturers to test their equipment and validate the performance they expect. This could be drone manufacturers or companies that make the subsystems, such as communication, controls or imaging.

While Aerium hasn’t been approved yet, the company is working to obtain beyond visual line of sight certification, ensuring they have pilots trained and safety procedures in place to operate in complex environments and at long distances.

“There are a lot of procedures to apply for trials,” says Cicoria. “(The federal government) wants to know you have tried this before, put procedures in place and put technologies in place for safety. They want to identify how you will be keeping track of a UAS.” 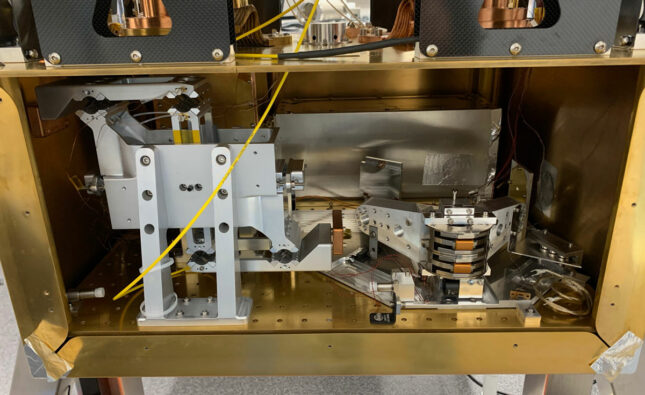 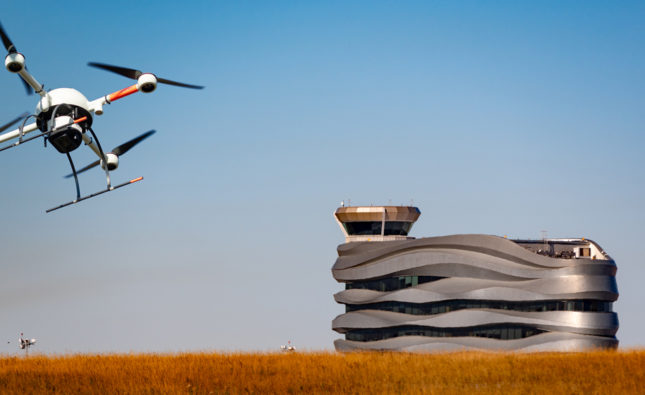