Rory Koska has seen the gravitational pull of wood time and again. Whenever he takes groups on tours of buildings made from wooden materials, he notices people can’t resist reaching out and touching them.

“You’ll see people walk up to a wood column and just touch it — they’re drawn to it and they feel the need to connect with it. I believe it’s because it’s a natural material. It used to be a living thing, and the warmth behind the material just gives a more pleasant feeling of being in that building,” says Koska, program director of Alberta Wood WORKS! — an initiative of the Canadian Wood Council. The program promotes and educates on the use of wood in construction. The good feelings Koska describes have been studied by researchers who found that natural wood surroundings can reduce stress and improve concentration.

And production is increasing. According to provincial government figures, Alberta softwood lumber production was up 5.4 per cent in August 2021 compared to August 2020.

“We have the mills throughout northern Alberta, some in southern Alberta, harvesting the material to be utilized here — so, Alberta companies creating an Alberta material being utilized by other Alberta construction companies,” says Koska.

While wood construction has typically been the domain of single-family homes, the Alberta Wood WORKS! program is promoting its use in larger buildings such as office towers and recreation centres.

The goal was bolstered by recent changes to Alberta’s building rules, which now allow buildings of up to 12 storeys to be made of mass wood, up from the previous limit of six storeys.

The trend toward wood is catching on, says Andre Lema, manager of business development with Western Archrib, a 70-year-old company that manufactures an engineered wood product called glulam into beams, columns and mass timber panels at its Edmonton plant. The company was recently acquired by Northland Forest Products, a family run sawmill near Fort McMurray, located approximately 430 kilometres northeast of the Alberta capital.

As demand for more sustainable products increases globally, wood is capturing more attention. “Wood is the only resource we have for construction that is truly renewable … and the design community has really adopted wood as a viable alternative,” says Lema. “They used to think of it as, ‘It looks great, but it’s expensive.’ (But) our technology, in terms of how we process wood, has gotten a lot better, so our efficiency has gotten a lot higher and we are a very competitive building product.”

Examples of projects using Western Archrib’s mass timber can be seen across Alberta and beyond, from rec centres and libraries to bridges and transit stations.

As global demand for wood continues, opportunities in Alberta’s lumber industry will grow.

“Investing in wood technology of all sorts is going to pay dividends — part of it is the global demand for wood, because it looks beautiful and it’s sustainable,” says Lema.

Koska says advocates have found success in dispelling some of the myths around forestry and helping people understand that it’s all right to harvest the forest, because the trees are replanted as part of responsible management.

“Canada leads the world in sustainable forestry,” he says.

By the Numbers Forestry 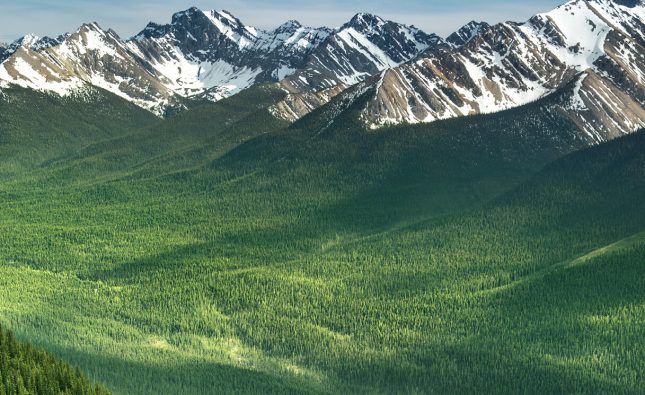 Forestry: At A Glance 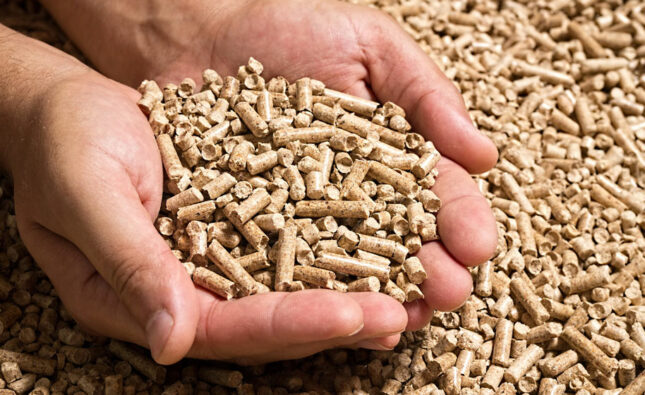